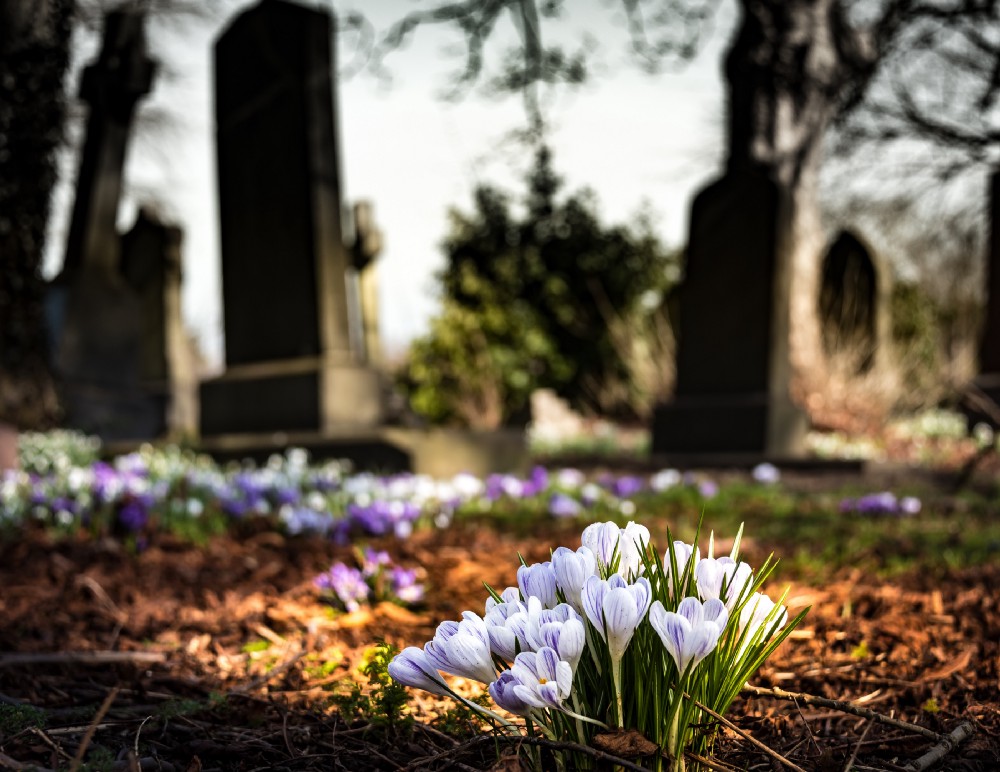 “When a man knows he is to be hanged in a fortnight, it concentrates his mind wonderfully.” — Samuel Johnson

When I was 18 years old, I got in my car with three friends and took a monthlong road trip from coast to coast in celebration of our graduation from high school. When we reached Vancouver, I dropped the boys at the airport and drove back home alone.

When I was somewhere in Montana, I stopped at a shop on a Native American reserve. As I wandered the aisles in search of snacks and drinks for the road, I somehow ended up in the jewelry section. In between all the kitschy designs was a simple, unembellished ring. I’m not a jewelry-wearing guy, nor am I a mystical person, but I felt somehow drawn to it.

I paid the man and slipped the ring on my thumb as I returned to my car. As I drove east, listening to music, I tapped my new thumb ring on the steering wheel with pleasure. But why did I buy it?

Within a year, my ring broke. I have no idea how it happened, but one day it snapped, leaving a slight gap. The ring was loose, but I kept wearing it.

I’ve worn that broken ring on my thumb for 13 years. In that time, at least one hundred people have asked me why. The answer has always been the same:

I remember when my dad’s dad died. I was maybe ten or twelve. Everyone else was crying, but I remained stoic. People said I was strong and brave.

I wasn’t. I actually felt guilty that I wasn’t crying like everyone else. As the funeral progressed, two things rattled in my little brain:

I realized then what most people simply cannot accept: While everything else is a variable, mortality is a certainty. Death is a large part of life. As Chuck Palahniuk wrote: “On a long enough timeline, the survival rate for everyone drops to zero.”

Carved On Our Hands

Take a moment to open your hands and take a look at your palms. If you begin to close your hands ever so slightly, most people will see the letter M begin to form in the folds of their skin. In the Middle Ages, monks began their days by staring at those Ms on their palms while meditating on two Latin words: Memento Mori.

Remember you must die.

These are the four words that we should repeat every day for the rest of our lives.

The ancient greats, men from Aurelius to Seneca to Epictetus, carried tokens as reminders of mortality— coins and bracelets, watches and clocks. They hung frescos or skull imagery that reminded them of death. In the 1500–1600s, people started wearing memento mori rings.

When I learned this, I immediately knew why I’ve worn this ring for more than a decade. My ring is my memento mori. It is my constant counselor, my ever-present reminder. (Modern masters like Ryan Holiday and Tim Ferriss carry coins for the same purpose. It’s also the reason I wear an analog watch and keep a digital clock on my desk as I write these words.)

Remember you must die.

My ring is a potent personal symbol. Now when people ask me why I wear a busted ring on my thumb I say “It’s a reminder that, while life is beautiful, I am going to die. The circle is broken.”

I once read through the whole Bible in two weeks, and my favorite verse is definitely Psalm 90:12: “Teach us to number our days, that we may gain a heart of wisdom.” Literally: Realize that life is short and learn to live well.

Practicing memento mori like the monastics of old is a powerful habit. And it’s an idea the transcends culture. Buddhism counsels to “Be aware of the reality that life ends…” The Hagakure makes it clear: “The Way of the Samurai is, morning after morning, the practice of death…”

By regularly meditating about the Great Inevitability, you develop qualities that will vastly improve your quality of life:

Time is running out. Don’t fool yourself. We don’t have plenty of it left. When my wife was 19, her best friend died in a car accident. She pulled up to a stop light on a country road. She looked left. She looked right. She pulled out. She got hit by a bus.

“Tomorrow” and “someday” aren’t guaranteed. Practicing memento mori grafts urgency into our life and work. There’s a preacher named Francis Chan who does a lot of speaking at conferences. He pictures the on-stage countdown clock as if it’s a countdown to his death. If you ever hear him talk, his raw, evocative, fearless urgency is palpable. Pablo Picasso put it best:“Only put off until tomorrow what you are willing to die having left undone.”

Life is unquestionably and undeniably hard. Failure and disappointment are simply unavoidable even at the highest echelons. But we’re still alive, and therefore, there is much to be grateful for. Despite the fact that so much is outside of our control, our attitude isn’t. Neale Donald Walsch put it best:“The struggle ends when gratitude begins.” Life is far too short for ingratitude.

We’ve been duped, or rather, we’ve naively believed that William Ernest Henley’s poem Invictus is an actual truth and not simply a beautiful platitude. We are not the masters of our fate. We are not the captains of our souls. The Reaper takes us all. Contemplating such a notion should vastly reduce our ego.

When you know you’re going to die, possessions cease to matter. You can’t take them with you, so you make a transition. You begin to “acquire” relationships and experiences, and you use possessions as tools to make contributions to the common good. As Jim Elliot said: “He is no fool who gives what he cannot keep to gain what he cannot lose.”

I don’t mind cliche questions like “If you only had 6 weeks to live, what would you do?” and “If you were diagnosed with inoperable cancer, how would it change your day to day life?” These types of questions clarify what’s actually important. They separate the wheat from the chaff.

If the past is gone and the future isn’t guaranteed, then all of life exists at this very moment. Yet, for some reason, we allow distraction and addiction to consume our days. We put ourselves on auto-pilot. As Seneca said: “It is not that we have a short time to live, but that we waste a lot of it.” The wise man wastes no time.

Death in Life, Life in Death

I love cemeteries. They’re always bursting forth with life — flowers, trees, birds, squirrels — wild and free. I make a point of visiting graveyards when I travel. Sleepy Hollow and Bunhill Fields are two of my favorites because they’re packed with people who’ve influenced my life.

That’s the thing about cemeteries: They celebrate life. They honor those who’ve gone before us. They help us remember. They make us ask questions:

Will the seeds I’m planting outlive me?

Last night, I lost my ring. I got home very late, it was freezing outside, and it slipped from my cold hands into a snowbank. I searched frantically, in the dark, for almost five minutes, clawing away at the snow and ice, but I couldn’t find it anywhere.

I eventually stopped and stared at my palms and ringless thumb. I began to think about life. Life is like my ring. One minute it’s there, the next it’s gone.

Dust to dust.
Ashes to ashes.
A vapor.
Chasing wind.

Mercifully, I found my ring. I went inside and filled a huge cauldron with near boiling water and melted down the whole area until it flashed with silver.

When it comes to life, we don’t get a second chance. We only get today.

Don’t let it slip away.

Thanks for reading. If you enjoyed it, please share it with your friends so they, too, can begin to seize the day.